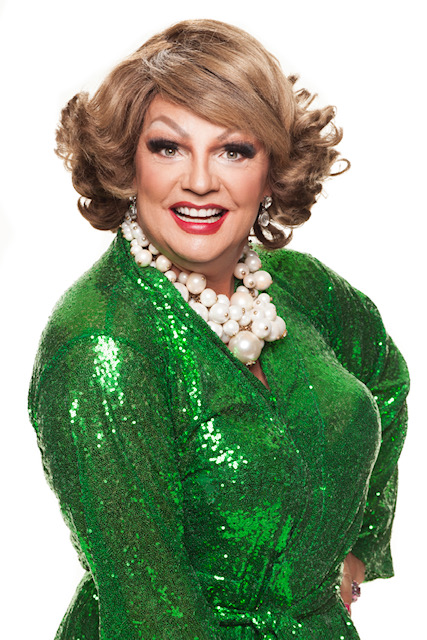 It might just be a Christmas miracle, but Dolly Diamond finally believes in Christmas.

After almost a decade of poking fun at the festive season with her ‘Christmas in July’ shows, Ms. Diamond is finally hanging out her mistletoe this December – and it’s not going to be plastic.

Dolly Diamond’s Christmas Party features well known festive carols in Dolly’s inimitable style and plenty of feelgood party songs to get you in the mood.

Fresh from touring Australia with their acclaimed cabaret show ‘He’s Every Woman’, Justin Clausen, recently seen on Network Nine’s ‘The Voice’, and Jamie Burgess, who appears alongside Amity Dry in her shows ’39 Forever’ and ‘Fortified’, are thrilled to be joining Dolly Diamond to deck the halls of The Butterfly Club every night as her special guests, spreading all the Christmas Queer they can possibly spread.

However, Dolly’s Christmas Party is an open house, with an array of other special guests popping in throughout the entire week.

Australia’s reigning Queen of Cabaret will have you in stitches as she lampoons the yuletide season as only Dolly can. And, of course, Musical Director Cameron Thomas is on hand to play the piano and pour the eggnog.